Looking for another article with the name Avengers? Check out the Avengers disambiguation page.

The exact circumstances surrounding the Avengers formation is unknown. All that is known is that the teams founding members are Iron Man, Thor, Hulk, Ant-Man and Wasp.

It is possible that the Avengers is a successor to another team of heroes that Iron Man lead called Force Works. The members of Force Works, Iron Man, Hawkeye, and Scarlet Witch would all later join the Avengers.

Sometime later Captain America was released from the vortex and joined the Avengers and became the teams co-leader along with Iron Man.

Years earlier Ant-Man created Ultron to be the ultimate superhero. However, Ultron was seemingly destroyed. Sometime later Ultron resurfaced and created an android called Vision to destroy the Avengers and later he would destroy all humanity. However, Vision rebelled against Ultron and helped the Avengers defeat him. Vision was then invited to join the Avengers which he accepted.

The Zodiac was a group of aliens that came to Earth with ideas of world domination. Each member of the Zodiac was named after and resembled an animal of the zodiac astrological sign. The members included it's leader, Taurus, his second in command, Scorpio, and other members included Aries, Gemini, Leo, Aquarius, Sagittarius, Pisces, Cancer, Libra, Capricorn and Virgo. Zodiac first planned to clear the skies of all the satellites so they could exact their master plan. In their efforts they did battle with the Avengers and Iron Man. Eventually they succeed in clearing the skies, while the Avengers believed that they wanted to steal information from Stark's satellite.

The Zodiac later appeared causing a distrubance in Earth's magnetic field by using the Zodiac Key. The Avengers defeated them and the Zodiac members were able to escape. Taurus then began to plot his "final victory."

It is possible that the Avengers finally defeated the Zodiac. However, Avengers: United They Stand was cancelled after season one.

The Avengers roster was expanded to included She-Hulk, Rage, Speedball, Justice, Darkhawk and Hercules. Around this time Captain America and Iron Man rejoined the Avengers.

When a natural disaster struck New York City the Avengers acted as disaster relief and were helped by the Fantastic Four.

When Doctor Doom absorbed the Silver Surfer's cosmic powers he used them to take over Earth. Doom then attacked the Avengers mansion. The Avengers attempted to defeat him. However, Doctor Doom used his cosmic power to place an energy shield around the mansion trapping the Avengers inside. The shield later vanished when the Fantastic Four defeated Doctor Doom.

When a time traveling criminal from the future named Fitzroy traveled to the year 1955 he assassinated Charles Xavier. This caused the future to be changed. Because Xavier was no longer alive he did not form the X-Men and they were not able to prevent a war between humans and mutants from starting. In this alternate timeline the Avengers were a group of super humans charged with hunting down mutants. After Bishop was able to stop Xavier's assassination the timeline was restored to normal. 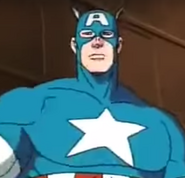 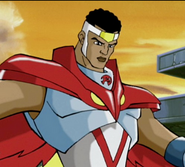 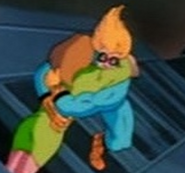 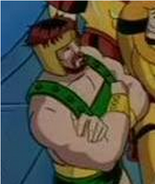 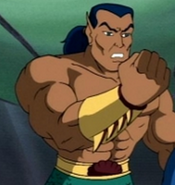 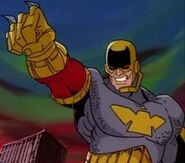 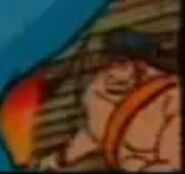 Loki, the Norse God of evil, had been exiled to the dreded Isle of Silence for plotting against his stepbrother, Thor. Desprate for revenge, Loki needed to find a way to drawthe thunder god back to Asgard. When Loki spotted the Hulk he used his magic to make the Hulk think that dynamite had been placed on train tracks. When Hulk reached the for the bomb he crashed into the trestle.

Fearing the Hulk was on another rampage, Rick Jones summoned the newly formed Teen Brigade and attempted to contact the Fantastic Four by short-wave radio. Loki, however, redirected Rick's message to Thor. Unfortunately for the god of evil, Iron Man, Ant-Man, and the Wasp also heard the teen's plea for help and quickly responded. Soon after the heroes met with the Teen Brigade, Thor began to suspect that Loki was trying to frame the Hulk.

While the other heroes went after the Hulk, Thor journeyed to the Isle of Silence where he battled Loki and eventually learned the truth. After the thunder god revealed the Hulk's innocence, the five heroes decided to put aside their differences and work together as. . . the Avengers.

An alien called Space Phantom later caused distrust within the team which caused the Hulk to quit the Avengers.

Later on Iron Man, Ant Man, Wasp, Thor and Hulk would regain their powers and rejoin the Avengers. The team would also expand it's membership to include Black Panther, Vision, Black Widow, Falcon, Beast, Ms. Marvel, Spider-Man, Wolverine and several others.