Rodney Jerome Saulsberry is an American voice actor and author known for his voice work on commercials, his three books (You Can Bank on Your Voice, Step Up to the Mic and Rodney Saulsberry's Tongue Twisters and Vocal Warm-Ups) and the voice of Joe "Robbie" Robertson on Spider-Man: The Animated Series.

Rodney Saulsberry was born on July 11, 1956 in Detroit, Michigan.

He later graduated from the University of Michigan.

At the beginning of his acting career, Rodney Saulsberry was sent to the Paramount lot to audition for Happy Days. After the audition was over Saulsberry was told that he was too tall to play opposite Fonzie played by Henry Winkler. After the audition Saulsberry walked into different casting offices to drop off his résumé. Saulsberry then wondered into the set of the television series, Taxi. Tony Danza saw Saulsberry and walked over to him and began to air box with him. Tony Danza then turned to the director, James Burrows, and told him “That’s the guy.” Rodney Saulsberry was then sent James Brooks’ office, the producer of Taxi. After meeting with Brooks, Saulsberry got the role of Carl the boxer on Taxi and that was his first acting role.

Rodney Saulsberry was a background singer for Circle of Life and Hakuna Matata on Disney's The Lion King.

Rodney Saulsberry is also a singer that has produced an R&B album with the songs I Wonder and Look Whatcha Done Now. Both songs were Billboard-charting singles.

In 1980, Rodney Saulsberry married a woman named Helen Montgomery. Together they have one child. 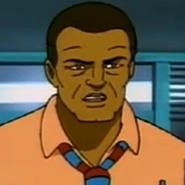 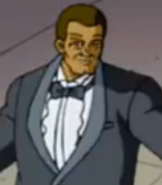